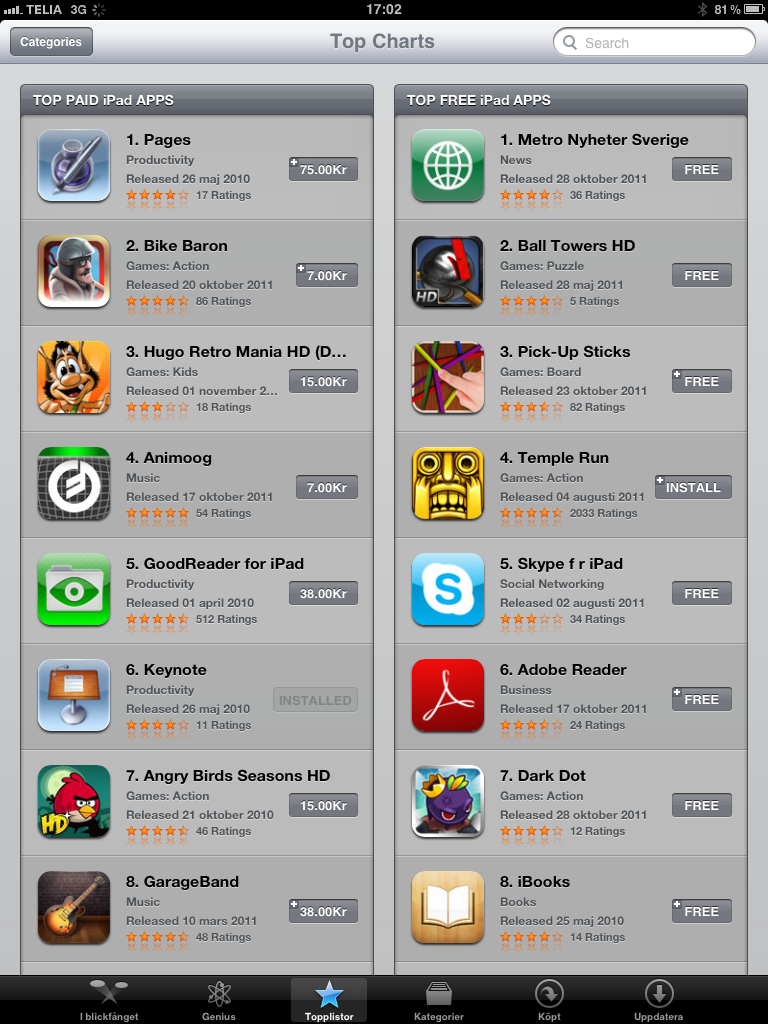 The App Store on November 13 around 5 PM. Click on the picture to go directly to the Metro app at the Apple App Store.

Just a week after the launch of Metro's tablet edition for its Swedish readers, Metro's iPad-app became the most downloaded free app on the App Store. And not just that — it also received the highest average rank of all news apps.

Metro uses new software from Roxen to allow for seamless integration of its online content when publishing for tablets. Metro is targeting a young, urban audience with more than 100 free editions of its newspaper throughout four continents. The launch of Metro's tablet edition using software from Roxen will continue in other countries shortly. (update november 29th also the Netherlands, Metronieuws is released in the app store.) Read more about Metro's tablet edition here (in Swedish):

and about Roxen's technology for mobile devices provided to Metro here:

Metro is incorporating the use of both Roxen Editorial Portal and Roxen CMS to present news in print, on the web, and now in the free iPad app.

Roxen develops web-based editorial and content management tools for multi-channel publishing, i.e. publishing online, in print, to tablets, smartphones and other devices. Customers include Metro International, RTL Nederlands, Shaw Newspapers as well as Princeton University, Randstad and Verizon. Roxen was established in 1994. The head office and development center is located in Linköping, Sweden. Roxen offices are also located in Stockholm, Amsterdam and Chicago.